This award was created for the empowerment of women who are dedicated to promoting and disseminating Olympic wrestling seeking gender equality in this sport.

Every year, the "UWW Women and Sport Award" is awarded to a woman, an organization that has made notable contributions to the development of women's wrestling worldwide.

This award is endorsed by the UWW Commission for Women and Sports and has a cash prize of 10,000 American $ which would be around € 9,158.10

This year has fallen to the Spanish Teresa Méndez that as a fighter she had an enviable record: 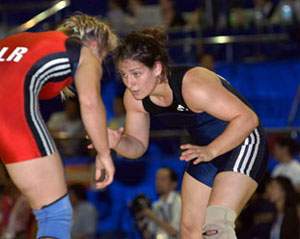 It is a great encouragement for her great work in developing Olympic wrestling in sports schools in Madrid and in the Center for the Promotion and Recruitment of Luchas Olímpicas de la Felucha, and the CSD, as coach and technical director of the federation's Olympic Wrestling Madrid of Olympic Wrestling.