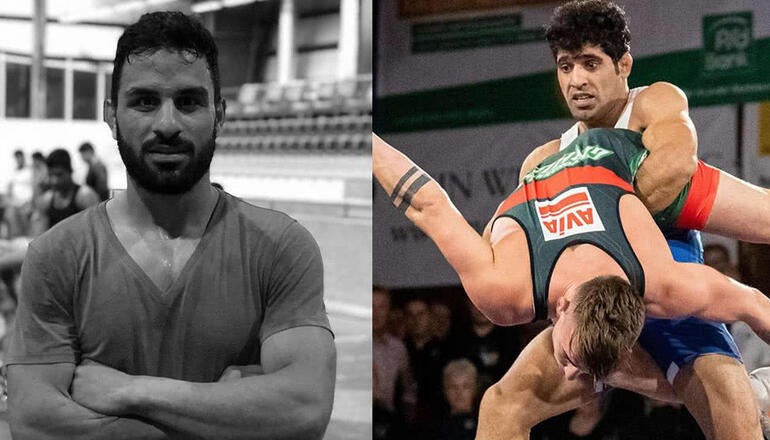 The world was mired in sadness and dismay after, despite the multiple actions of social entities from around the globe such as FIFA, the IOC, and pro-human rights to prevent it, the Government of Iran did not revoke the sentence of death weighing down Navid Afkari.

The Iranian fighter was sentenced to be hanged in October 2019 after he was charged with the murder of the security agent of the Iranian government's water and sewerage department, Hasan Turkman, in protests that took place in Shiraz in August 2018 by the bad situation of the country.

"Navid was one of thousands of Iranian citizens who participated in the spontaneous demonstrations that year against the economic difficulties and political repression in Iran," according to a statement from the WAP. "However, he has been unjustly attacked by the Iranian authorities who want to make an example of a high-profile and popular sportsman and intimidate others who might dare to exercise their human right to participate in a peaceful protest."

Human rights activist groups believe that the Iranian authorities have unfairly targeted it to intimidate others who might choose to participate in peaceful protests. His death is likely to cause Iran to face sanctions from the International Olympic Committee (IOC) and other sports organizations.

Navid Afkari assured that he had suffered torture during his stay in prison, however, in April 2020, Section 32 of the Supreme Court of Iran confirmed the sentence and the court rejected the accusation of torture since the accused had declared otherwise before a lawyer.

Earlier, a letter had come to light in which the fighter acknowledged having been tortured to confess to the murder of the security agent, detailing the entire series of torture to which he was subjected: beatings, kicks, attempted suffocation and other brutalities.

Unfortunately, Navid Afkari was executed by hanging in the Adel Abad prison in Shiraz, where he had been imprisoned since 2018. Now, an audio has been revealed, of the wrestlerr before he died, and here we collect the translation of it in this text then:

I was about to turn 25 with empty pockets and I was forced to put wrestling aside to help support my family. In the family I grew up in, I learned from childhood that the honor and dignity of a loved one like my mother takes precedence over all my personal wishes and aspirations.

We were always taught to sacrifice ourselves for our loved ones, so I got a job and after six or seven months working as a laborer, I was arrested, in September 2018, and now I'm on death row.

I want the whole world to know that since I was a child I only wanted to make my mother happy with international achievements in wrestling. But what could I do? The force of the wheel of time overcame the sweat I shed in the fight and made my mother cry.

But now I am happy because the same wheel of time has turned again and I have learned the true ideals of humanity thanks to you, the unique people. These ideals are much more valuable and superior to me than the international wrestling sports championships.

During the years that I wrestled I never faced an opponent who played dirty because sports wrestling is a sport of honor. But for the last two years my family and I have been facing the most cowardly adversary in the history of humanity: injustice. And without a doubt, if we cannot count on your support and help, we will all fail.