Success in the Spain Fight Championship in Murcia

On Saturday April 27, 2019, the Cto de España Senior de Lucha Playa male and female, and the I Cup of Spain cadet and junior female and male was held in Murcia outside the José Barnés de Murcia Municipal Sports Center.

It was a magnificent day of sunshine and great fighting. It is a very dynamic modality as it lasts 3 minutes with a single round and since you fight in the arena you only fight standing up, when you fall you score and you continue up again.

It is similar to the Canarian fight but you can do more arm and leg techniques, being able to grab the opponent by the whole body unlike the Canarian one.

The entire event was enlivened with music that deservedly set the fights, and enlivened the morning, the public who attended to watch the fights. 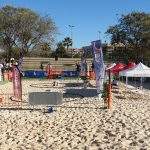 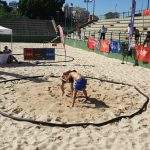 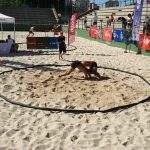 U15 / U17 Gijón 2020 Olympic Wrestling Championships in Spain

The championships of Spain sub 15 and sub 17 that were held last Saturday, March 7, gave us a magnificent day of sport. The girls showed us in Olympic wrestling that they work Read more…

This Saturday, March 7, the Spanish championship for women's and men's Olympic battles under 15 and under 17 will take place in Gijón. We will have the opportunity to see how the Read more…

Sunday, turn for the Olympic Fights in Andalusia.

On December 1 again in Maracena (Granada). We had another day full of battles with teams from all over Andalusia. The official Andalusian championship of Olympic Fights and valid Read more…