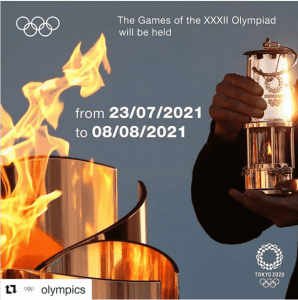 They had to start on July 24, but were postponed due to the alarm created by covid-19 in the world.

The Paralympic Games will take place between August 24, and September 5, 2021.

Despite everything, it will continue to be called Tokyo 2020

The organization of the Games wishes that with this delay they have enough time to celebrate all the qualifying tournaments (pre-Olympics) of all the Olympic disciplines that were suspended until the pandemic is overcome.

Athletes and athletes already classified in their respective sports will have their place respected.

In 124 years of modern-era Olympics history, they have never been postponed before.

Then there were several boycotts because of the "cold war" between the Soviet Union and the United States that affected the Olympics in 1980 and 1984.

Spanish athletes and athletes can be in luck with this magnificent news for their interests.

The forced confinement of the entire population due to the state of alarm in Spain completely broke the preparation of the athletes for the Olympics, and their training was completely reduced.

The Spanish Olympic Committee trusted this great news so that Spanish sport can arrive conscientiously prepared for the most important event in world sport that is held every four years ...

This time as an exception will be held on the fifth summer since the last Olympics.

Since SCORizer we can only wish that gradually in the coming dates we can return to normality and the whole of society as a whole will return with more enthusiasm, and desire, to move on.